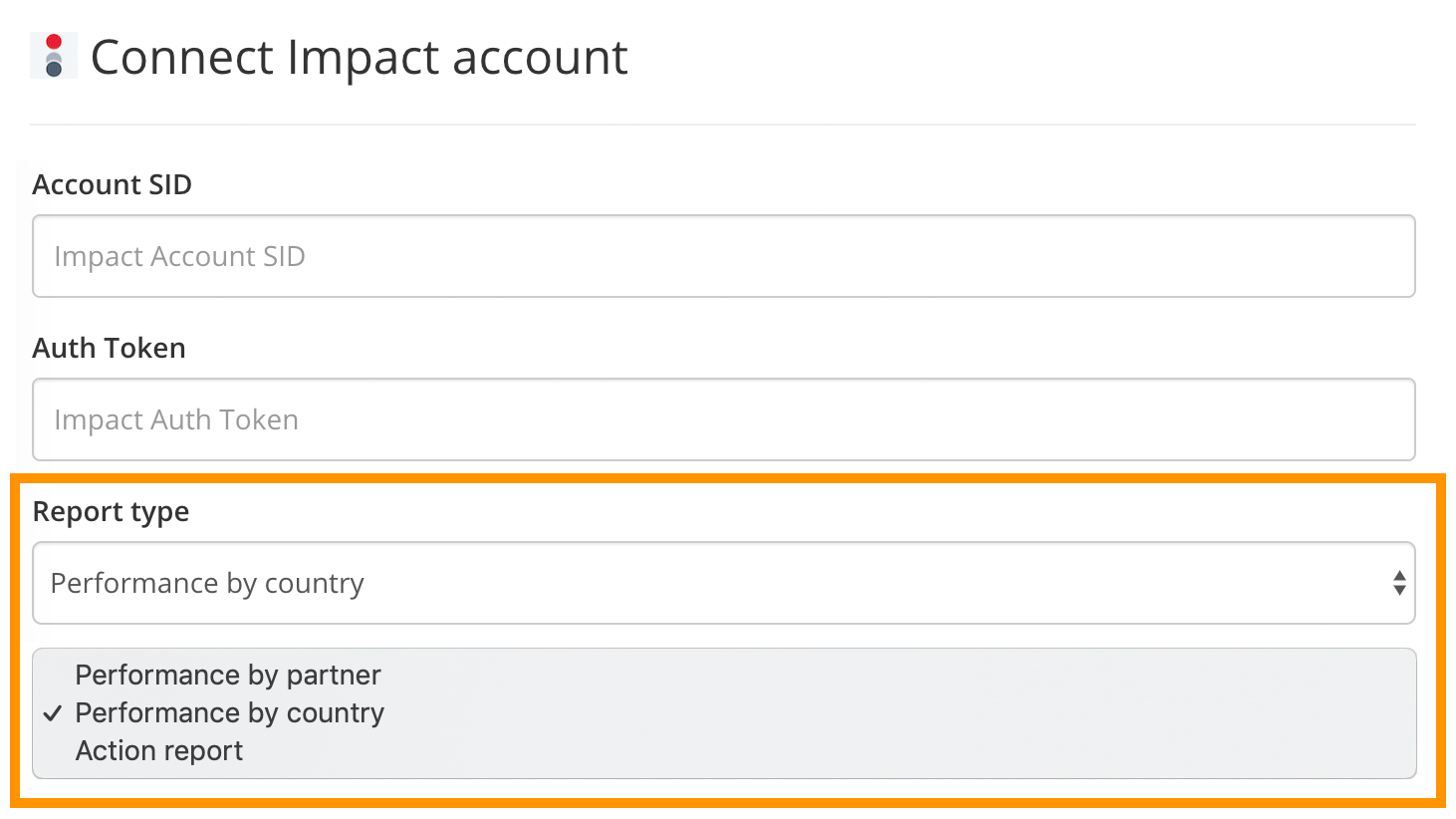 We've just added some additional reports to our Impact data source! You now have the option to connect the "Performance by country" and "Action" report to Funnel.

When creating a new Impact connection, simply select your desired report from the drop-down menu:

Here's a list of fields currently supported by our Impact connector:

Please note that this list does not cover all fields supported by this connector. This is because this data source generates fields dynamically on a source by source basis. An example being custom actions.

We hope that you find these new reports useful! If you have any question please contact support@funnel.io and we'll be happy to help.