View updates by feature or month

Written by Ross Barrett, Product Marketing Manager at Funnel
February 12, 2020
how many minutes?
Find me on:
LinkedIn

We've just released a new Sizmek connector in Funnel! If you're using Sizmek Advertising Suite, you can now connect your account and utilise the data in Funnel! 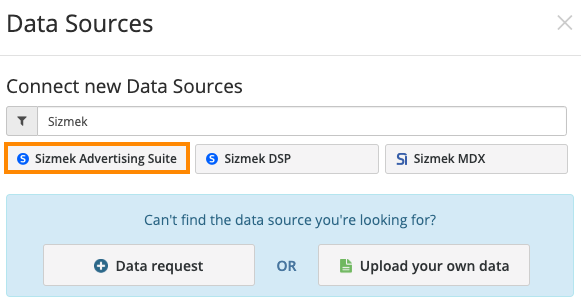 When connecting a new Sizmek Advertising Suite account, all you need to do is enter your Sizmek username and password to start the data flowing.

Here's a list of fields that are currently supported by this connector:

We hope that you find this new connector useful. If you have any questions or if you're missing a field from the list above, please contact support@funnel.io and we'll be happy to help :)