We've just released our new Twitter Organic connector which will allow you to import your organic data into Funnel.

You could always obtain your paid advertising data, but now you can also get organic data from your Twitter account into Funnel. You can then send this data automatically to any tool you may be using.

Want to see this in action? All you need to do is login to Funnel and select "Twitter Organic" as a new data source: 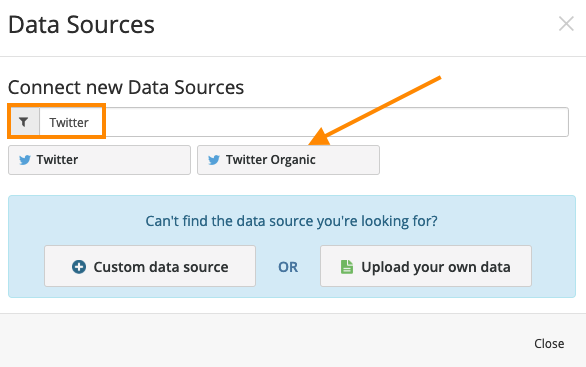 Here's a list of fields that are currently supported by this data source:

We hope you find this new data source useful. If you're unable to find the field you need in the list above, please contact support@funnel.io