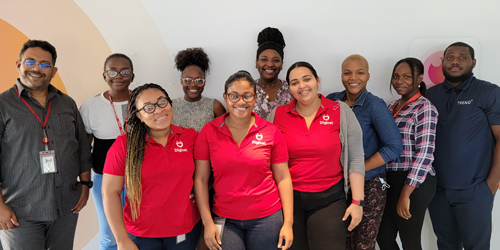 “Before Funnel, we were 100% looking in the rear-view mirror – and now we’re looking out the front window to see what’s coming”

Digicel is a Digital Operator consisting of 12 brands, operating across 26 markets worldwide. The company is headquartered in Kingston, Jamaica, and has 5000 employees across the world serving 10 million customers.

Digicel has seen rapid growth since its founding 20 years ago, expanding its regional footprint across the Caribbean, South Pacific, and Central America. According to Nicholas Cudahy, Digital Strategy and Media Performance Director at Digicel Group, who oversees 12 brands in 22 markets, there were several concrete challenges facing his team when he started at Digicel in 2021. The first one was the scale and complexity associated with serving stakeholders at both corporate and regional levels in 22 markets with reports on the success of campaigns. The second challenge was associated with budget management which was maintained using Excel spreadsheets and was notoriously time-consuming. Instead of starting the week knowing what they spent the week before on a given campaign in a certain market and how it paced to the budgets, it was commonplace that the necessary numbers were not ready before Wednesday. At which point the numbers were not accurate anymore, as the budget had changed. The final challenge, and maybe the most critical one, was the ability to deliver insights to stakeholders on the impact of marketing in terms of revenue generated.

The challenges faced by Digicel led to a situation where tedious tasks, like data collection and manually stitching results with budgets, left little time for anything else.

“For us, it was the classic: I don’t have time to invest in a better solution, because I have all this other stuff to do. So, it was a chicken-and-egg scenario,” Nick said.

Nick and his team prioritized getting a better solution in place. They started by mapping out the necessary cornerstones to enable more automation, and laid a foundation on which they could continue building. Campaign naming conventions were redesigned and unified across all platforms to include the same seven variables, enabling cross-platform comparisons. Immediately, this led to cleaner data streams where campaigns could easily be linked up to budget trackers. The team continued by building out reports that let stakeholders know immediately how markets, brands and individual campaigns were performing and pacing against budgets.

According to Nick, the impact of implementing Funnel has been significant for Digicel in several ways and positively impacted the culture of the marketing teams. Instead of spending all their time looking at past performance and manually wrangling data, automation has allowed the team to spend more time looking ahead while providing automated reports on key performance indicators that were not possible before.

Before Funnel, the team could only deliver what Nick refers to as “soft KPIs” such as cost, clicks, and impressions, because they were constrained by the tedious task of manual data collection and piecing reports together. Now, the team can also deliver hard KPIs, like revenue and number of leads, for all campaigns alongside its associated budgets and pacing. This is, ultimately, what their senior stakeholders and C-suite are most interested in seeing, and it continues to clarify communication across the company.

This all has reduced the burden of media operations on the team, which has allowed them to focus on insights that will drive incremental performance benefits and further develop the team's skill set. This cultural shift is already reflected in campaign performance, as the team has exceeded last year’s results while also improving their KPIs across all campaign types.