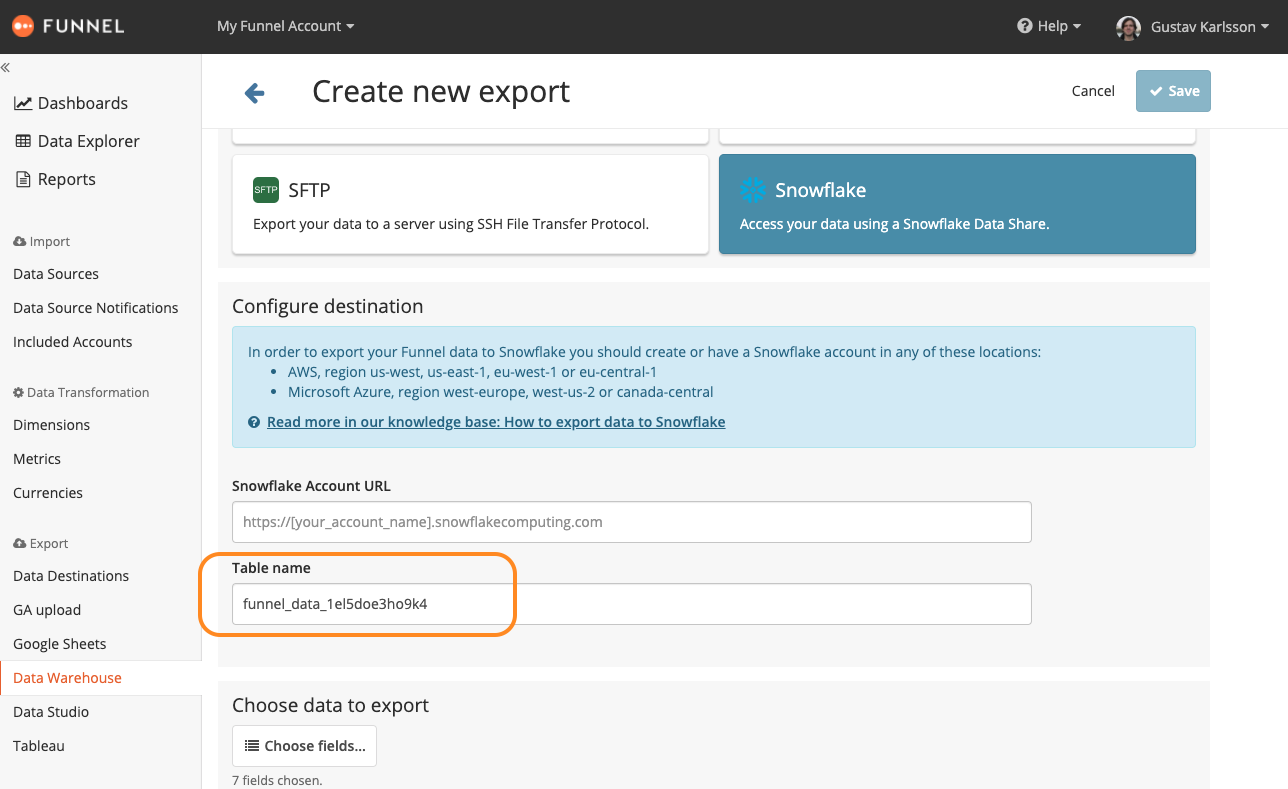 We've just released some improvements to our Snowflake export to make the schema more readable.

We've heard that it can be hard to distinguish the schema and table names of our Data Shares since they were named after IDs. To guarantee uniqueness and still making it more readable in Snowflake, we've done the following changes:

In addition to this, we've done improvements to the stability and speed of the export by moving away from using "Replication" and instead sending data directly to the region and cloud of your Snowflake instance.

In order to utilise these stability improvements and get access to the new improved schema names, all you need to do is create a new Snowflake export or duplicating an existing one in Funnel. Once you run the new export, it will show up as a new incoming share in your Snowflake instance.

You can read more about our Snowflake export in this Knowledge Base article.